How to Boost Your Self-Esteem and Discover Your Purpose

If you enjoyed Jack Canfield in The Secret, you’ll thoroughly enjoy this full length seminar on peak performance. Based on Jack Canfield’s best selling book “The Success Principles”, this powerful seminar is loaded with life-changing ideas. Jack will show you how to build your self-esteem, take responsibility for everything that happens, clarify your vision, gain greater balance, find your purpose, and discover the secret to a more fulfilling life. You’ll hear several true stories about peak performance that will touch your heart and shift your consciousness to an even more positive place. As Jack Canfield demonstrates throughout this seminar, success leaves clues. The fastest way to achieve your goals is to follow a proven blueprint, and that’s exactly what he gives you. After experiencing this peak performance training program, you’ll have practical tools for creating greater success in any area of your life. Discover your greatness and take your life to the next level with this exceptional seminar on video, facilitated by one of the best success speakers in North America, Jack Canfield.

About the Trainer – Jack Canfield As the beloved originator of the Chicken Soup for the Soul® series, Jack Canfield fostered the emergence of inspirational anthologies as a genre – and watched it grow to a billion dollar market. As the driving force behind the development and delivery of over 100 million books sold through the Chicken Soup for the Soul® franchise, Jack Canfield is uniquely qualified to talk about success. Affectionately known as “America’s Success Coach.” Jack... Read More 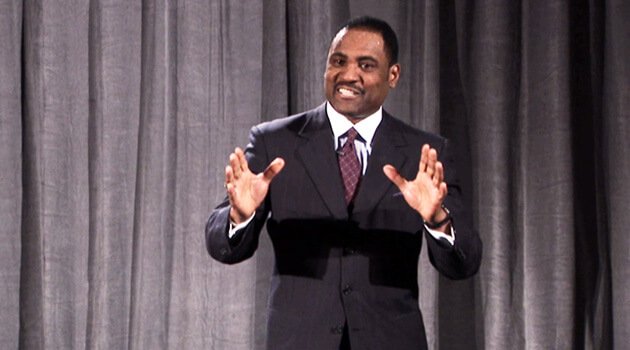 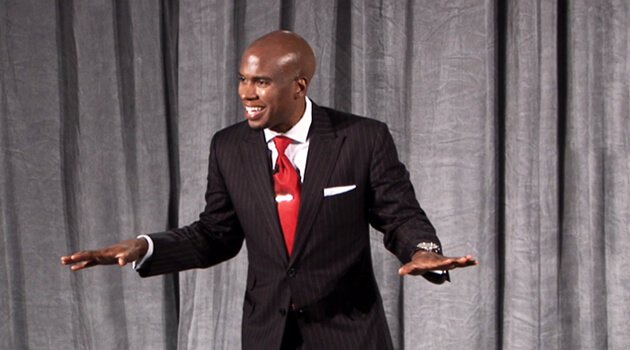 STEP UP, LEAD AND BE THE ONE!

Now, Jim Roan is a friend of mine, a motivational philosopher who says, “You can’t hire other people to do your push-ups for you.”  I love that quote.  Think about that.  I can’t hire you to go to the gym and workout for me.  I can’t hire you to meditate for me.  You can meditate about me, but you can’t help my consciousness grow.  I can’t hire someone to eat for me in terms of  as how my nutrition is going to go and what vitamins I’m taking.  There’s a lot of things that I’m going to share with you today, you have to do yourself.  These are not delegateable things, okay.  That leads into a formula, which I would encourage to write down.  It’s in your handout, but it says, “E+R=O,” and what it stands for is…. In addition, if you cut out an hour of TV, you’d end up with 365 additional hours a year.  That’s the equivalent by the way of 9-1/2 work weeks.  One of the things we’ve learned is that success is the result of little increments on a consistent basis over time.  So the same things when you add in a discipline like 10-minutes of exercise or 30-minutes of reading or whatever it might be, over time, that’s what gets you more intelligent if you do that with activity and exercise it gets you more fit, if you do it in terms of nutrition. A friend of mine came up with this little idea and I liked it a lot.  He calls it, “The Hour of Power.”  I’m going to pause for a minute and let that sink in.  Think about who are the five people you spend the most time with, because they are reflecting back to you the level of consciousness – the level of success, the level of go for it, the level of self-esteem that you are believing you are worthy of.  When I went to work for W. Clement Stone, he had me do a little thing where I had to write down all the names of the people that were in my life that I interacted with on any kind of regular basis.  One of the things he had me then do was put a plus sign next to everyone’s whose name was positive and minus sign negative everyone who was negative.  When I did that, I then said, “Now what?”  He said, “Don’t hang out with anyone who has a minus sign next to their name.”  I said, “Bill,” his name was William Clement Stone, but called himself W. Clement.  He said he wanted to be unique.  I said, “Bill,” my mother’s name has a minus sign next to it.  He said, “Christmas and Easter that’s it.”  But he said, “Literally, you become like the people you hang out with.  If that weren’t true, why would be tell children, “I don’t want you hanging out with those kids?”  Because they’re a bad what?  Influence.  Do you think it stops when you’re 18. Everyone you interact with is influencing you, so you want to surround yourself with positive people as opposed to negative.  Catherine Lanigan.  She is a person I wrote about in my book.  She won a scholarship to go to University and it was for creative writing.  She got in her class and she got an F on her first paper.  She wrote a little short story.   This visiting professor was running the class and she said, “Why did I get an F?”  He said, “Because you can’t write.”  He said, “Look, I’ll make a suggestion.  You give up writing and I’ll give you a passing grade so you can so you can keep your scholarship, but you’ve got to change your major.”  She was a gifted student in high school.  We took all the AP classes in writing.  Wrote a play that was published and all this stuff, but she didn’t want to lose her scholarship.  So she agreed never to write again.  Now, 15 years later she’s down in Texas.  They’re making a movie in the town next door.  She goes over and she’s hanging out with the writers.  Everyone else is trying to get close to the movie stars.  They said, “Why are you hanging out with us instead of them?”  She said, “I always wanted to be a writer.”   They said, “Really, well why don’t you just write?”  “Well, I was told I couldn’t, I had no talent.”   “Really, who told you that?”  “Well, it was this Harvard professor visiting at my college.”  “Oh, what does a professor know?  I write for a living.  Write something and sent it to me and I’ll tell you if it’s any good.”  Anyway, she writes a book.  It takes her a year to write.  She sends it to him.  He loves it and sends it to his editor.  She loved it.  She called her up rather and said, “I’d like to publish your book.”  Do you know what that book was called?  It’s called, Romancing the Stone.  It was made into a movie.  She wrote another book.  It was called, Jewell of the Nile, also the sequel of that movie.  We lost her writing talent for 15 years because she let some other person tell her she wasn’t any good.  So you’ve got to be careful.  Do not let other peoples’ opinion of you run you.