The fast-paced team building and leadership training program is filled with advice on how to become an extraordinary person in business, and in life. Using real world examples, dozens of interesting slides, and powerful true stories, Robert Stevenson delivers a high-energy leadership training program that can help anyone to achieve higher levels of excellence. He covers a broad spectrum of ideas, including team building, leadership training, management training, team skills, accountability, dealing with stress, handling change, how to criticize, the power of laughter, how to exceed expectations, balance, and much more. Whether you are just starting out in business, or a seasoned professional, this leadership training video seminar will remind you of all the things you need to do when you are committed to soaring above and beyond excellence.

About the Trainer – Robert Stevenson Robert is a man who knows how to deal with the risks, competition, and the ever-changing technology in the business arena. In short, he understands what it takes to be successful. He brings over 25 years of extensive corporate and entrepreneurial experience to his programs. This is a man who has been there. He has owned several companies, sold internationally in over 20 countries, established and maintained hundreds of accounts worldwide, along with... Read More 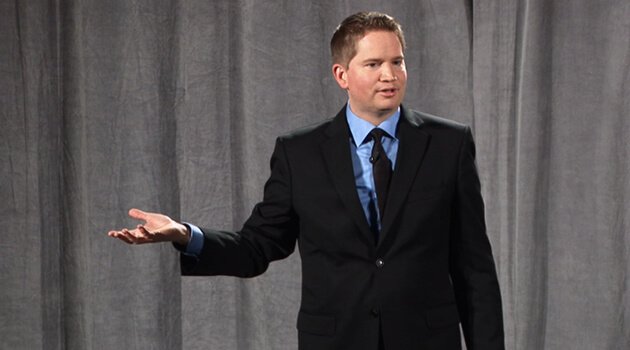 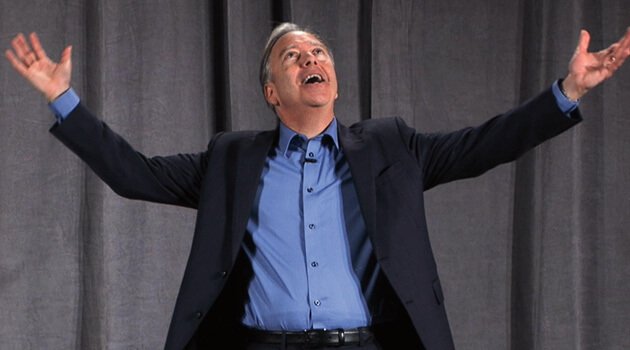 So how do you get rid of the wrong people?  You surround with a culture they can’t exist in.  Your people start saying, “Are you going to do it that way?  Why don’t you just get on out of here.”  That’s the way the game is going to be played if you want to win.  That’s my concern folks, the right people on the bus─what kind of right people? Unwavering resolve; settling for nothing less than number one; when times are big, things, are wrong, and results are poor who do we blame?  The mirror.  My statement to you is when you’ve got the good employees, when they make a mistake─educate, fix, and go.  Get them better because that’s what we’re looking for and the same is true for you.  Disciplined people, thought, and action is what you’re looking for if you’re going to make it in the business world.  If you’re going to make it in any world folks, you’ve got to be disciplined.

Welcome to Wow.  Now that’s what we’re talking about.  In business, I teach my clients to exceed customer expectations.  To be successful in your career─exceed expectations.  Let me give you an example.  A small little billion-dollar company.  A small little billion-dollar company and I sit there and I read a book about them.  I wanted to do a little search on the company.  We’re getting ready to go to war for them.  I find a book and it’s called The Customer Service Edge.  It was written year ago and in the book they talk about this billion dollar company.   The talk about a secretary.  Laurinda Evans-Tucker.  This company manufactures adhesives.  She gets a phone call.  She the secretary folks.  She gets a phone call and the patient’s jumping up and down like a shortstop.  “We’re out of glue.  We’re out of glue.  We’ve got to get this adhesive.  If I don’t get this adhesive, my plant is going to go down.  I’ve got 300 people that are going to be out of work.  I’ve got to have this glue.”  She says, “Sir, calm down.  Do we sell you the glue?”  “No.”  “Why are you calling us?”  “Because the people that sell it to me can’t get it to me and you’re number one in the industry so I figured I’d give you a try.”  She says, “Well hang on.  Before we go any further, what kind of glue?”  She types it in and she looks it up.  She says, “We’ve got it.”  He says, “All right.”  She said, “I’m going to put you on hold.”  He says, “Don’t you put me on hold.”  She says, “What?”  He says, “I want to hear you doing something.”  She says, “Okay, I’ll pick up another phone.”  She calls the Vice President of Sales and he’s gone.  She calls the Senior Vice President of Marketing and she’s gone.  Folks, she the secretary─take a memo.  Laurinda Evans says, “Nope, don’t worry about it.”  So she calls the plant.  She calls the plant and says, “Do we have any?”  He says, “Yep, we got some.”  She says, “Fine.  Put a sticker on it and I’ll take care of it.”  She hangs up with the plant.  She picks up the phone and says, “Sir, we’ll get it there and hangs up.”  So she calls the plant back and she says, I need you to ship this down to Tucker, Georgia,” and the guy says, “We can’t.”  She said, “What do you mean you can’t.”  He said, “No trucks available, we can’t get it done.”  She says, “But I told them─”  He said, “You’re the secretary.  You should not have told them anything.”  So what does she do.  She gets up.  Folks─take a memo.  She gets up and she walks around the plant and she’s looking for somebody with a pick up truck.  She gets a pick up truck and the only think she doesn’t do is put the 55 gallon drums on the truck.  She drives it down to have it air freighted down there.  She drives it to the airfreight company.  She says, “Ship this to Tucker, Georgia.”  “You got an account here?”  She says, “I don’t know, I’m the secretary.  I’ve never done this.”  “Lady, if you ain’t got an account here, we ain’t shipping squat.”  She says, “Hang on.  She goes and gets cash.  She walks up.  “Is cash good?”  “Cash is good lady.”  They ship it.  It gets there.  The plant never goes down.  By the way, where do they buy their adhesive today?  Where is she today?  They put it in a book.  They hire people and they say, “You want to come work for our company?  Why don’t you read about a secretary and the ownership that she took?  How many of y’all want to hire her?  How many can you get?

If you start talking about getting better, start believing in yourself─believing in yourself.  Victor, was told by his teacher “You need to drop out of school and go learn how to work with your hands because you don’t have it.”  How would you like to have an authorative figure telling you, a child of 15, to drop out of school, you’re dumb.”  That’s what he does.  For the next 16 years, he traveled the United States as an itinerate looking for odd jobs.  Then he ends up in Dallas and he’s reading the classifieds trying to find a job and he sees that they’re looking for people to test.  He calls them up and says, “Do you have to be smart?”  “No.”  He says, “Well I’m dumb.”   “That’s okay, it’s a psychological IQ evaluation test.  Why don’t you come on in and maybe you can set the curve at the bottom.”  Okay.  So Victor goes in and takes the test the first time.  They looked at the score.  “You said you were dumb.”  “Yeah.”  “Do you mind taking it again?”  Are you going to pay me?”  He wasn’t that dumb.  He took the test the second time and they looked at the score.  “Do you mind taking it again?  Yeah, we’ll pay you, but we’re going to have the guy that wrote the test he’s got all the PhD’s and diplomas on the wall.  We’re going to have him conduct the test.”  Victor takes the test the third time and that guy said, “I ain’t taking this thing again.”  He said, “What, I scored lower than anybody has ever scored in the history of the test?”  He said, “No sir, as best as we can tell, your IQ is over 162.  You’re a genius.  That’s why we made you take the test three times.”  He looked at them and said, “That’s impossible.  Sixteen years ago my teacher told me I was a dunce.”  He said, “Buddy I don’t care what your teacher told you.  You’re smarter than me and I wrote the test.”  Victor woke up that morning and he showered a dunce, shaved a dunce, dressed a dunce, and drove off as a dunce.  The next day he showered a genius, dressed a genius, and drove off as a genius.

Why do I tell you the story?  He went on to a six-figure income, wrote several books, had several patents to his name, and is the past Chairman of the Mensa Society, worldwide.  You have to have an IQ of 132 to even be considered, but for 16 years, he gave it up.  Why?  Because someone said, “You’re stupid.