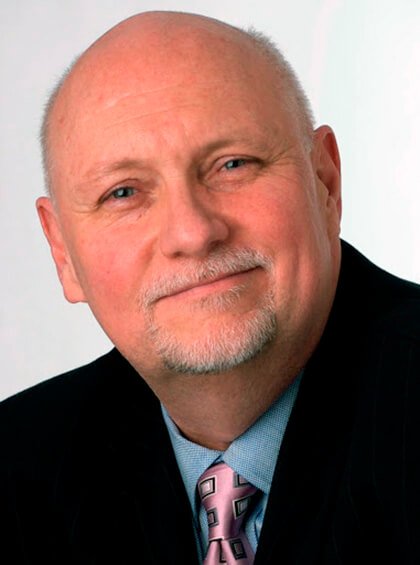 With over twenty-five years of successful experience as a salesperson, sales manager, training director, professional speaker and seminar leader, Richard Fenton is uniquely qualified to teach and motivate people to reach increased levels of performance.

Growing up in Chicago, Rich started his employment career in the restaurant industry, moving quickly from busboy to manager in just six months and eventually becoming the company trouble-shooter at only 18 years of age. “I would travel around the country as a ‘turn-around expert’ of sorts, sometimes having to replace entire management teams for lack of performance. I look back at what I was called on to do at that age and realize what an incredible experience that was.”

Realizing his greatest passion was speaking and training, Rich decided to go into business for himself. In late 1997, along with partner Andrea Waltz, he launched Accelerated Performance Training (now FentonWaltz) to design and deliver programs for America’s most prestigious retailers.

Rich is co-author of three books for retailers, “Unlocking the Secrets of Retail Magic,” “The Run with the Lions Sales Safari” and most recently, “PLUCK! Providing Courageous Take-Charge Retail Service.” In addition, Rich is the author of a book that works for anyone who faces rejection (salesperson or not) called, “Go For No! The Ultimate Strategy for Failing Your Way to Success!” 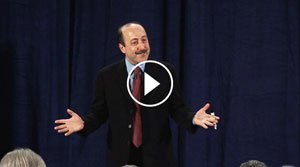 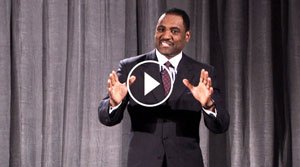 PURPOSE, PASSION AND PERSISTENCE
Putting Your "Will Power" to Work for Maximum Results
Desi Williamson
PREVIEW
GO FOR NO!
x close

You’ve got to have no goals. Now by that I don’t mean not to have goals. We all know how important it is to set goals. Goal setting has been drummed into us; we get that, right? I’m talking about the type of goals that we set. Traditionally, most people set what we call “Yes goals,” goals for the number of yeses you’re going to hear. How many people will say, “Yes,” to your presentation? How much will they buy, how many units or how many dollars? Those are all results of people saying, “Yes.” As a matter of fact, most reports that you have in your work are all yes reports, aren’t they? It’s all of the stuff that happened because of yes. No goals are setting goals specifically for the number of times that you intend to hear people say “No” to you. You may thing, “Well gees, it doesn’t make sense. Yes is what I want.” Yes. Yes is the destination; no his how you get there. The problem with just having yes goals is this – take a copier salesperson; a class example, whose goal is to sell two copiers okay, for the week. He’s got to get two leases. He goes out on a Monday morning and makes the first call. The person says, “Yes.” He makes the second call and the person says, “Yes.” By noon on Monday he has two sales. What do you think is going to happen to the rest of that week? He’s going to golf, he’s going to lie by the pool, he’s going to do paperwork, and he’s going to clean the garage. He’s going to do a lot of things. He’s going to cut out early on Friday for a three-day weekend. He’s going to do a lot of things, but I’ll tell you what he isn’t going to do; he isn’t going to keep hearing “No,” and he isn’t going to get past two copiers. Because he had a yes goal of two and anytime we tend to hit our yes goal, we tend to slow down or stop. We start with the idea that the goal is to get to this number and when we get there we say, “Great, goal accomplished.” But, if you were setting no goals instead, specific goals for the number of times that people are going to say “No” to you; let’s take that same copier salesperson and let’s say he had a goal… Your emotional reaction to yes and no needs to be of equal intensity. In other words, most of us have this tendency that when we hear “No,” we get all upset and we get all deflated and it throws up for a loop. We go have a quart of Haagen-Dazs, climb in the corner, or whatever it is. Then we get a “Yes,” and what do we do? We’re happy and we celebrate and we high-five. We’re all jazzed. That emotional swing is a problem because