The Ultimate Strategy for Failing Your Way to Success

About the Trainer – Richard Fenton With over twenty-five years of successful experience as a salesperson, sales manager, training director, professional speaker and seminar leader, Richard Fenton is uniquely qualified to teach and motivate people to reach increased levels of performance. Growing up in Chicago, Rich started his employment career in the restaurant industry, moving quickly from busboy to manager in just six months and eventually becoming the company trouble-shooter at only... Read More 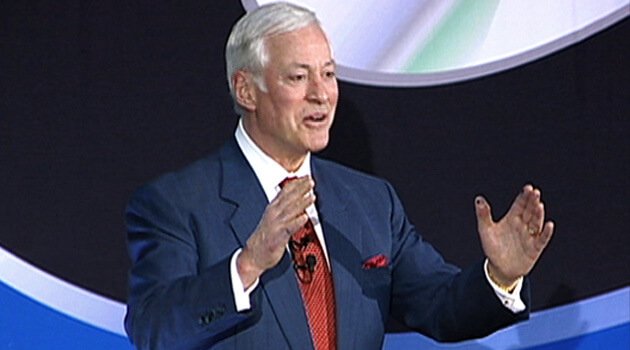 THE SCIENCE OF POSITIVE FOCUS

Master Keys for Reaching Your Next Level
Brian Tracy
PREVIEW 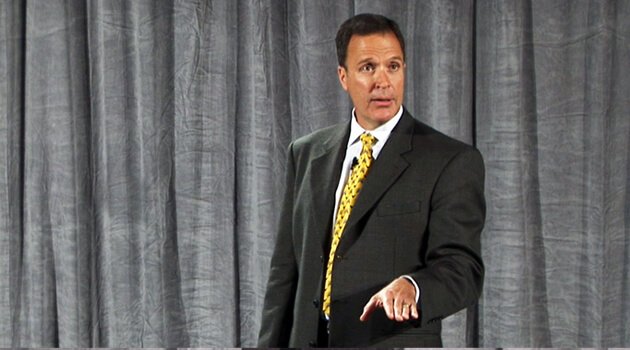 How to Succeed When Times Are Good, Bad or In Between
Mark Sanborn
PREVIEW

You’ve got to have no goals. Now by that I don’t mean not to have goals. We all know how important it is to set goals. Goal setting has been drummed into us; we get that, right? I’m talking about the type of goals that we set. Traditionally, most people set what we call “Yes goals,” goals for the number of yeses you’re going to hear. How many people will say, “Yes,” to your presentation? How much will they buy, how many units or how many dollars? Those are all results of people saying, “Yes.” As a matter of fact, most reports that you have in your work are all yes reports, aren’t they? It’s all of the stuff that happened because of yes. No goals are setting goals specifically for the number of times that you intend to hear people say “No” to you. You may thing, “Well gees, it doesn’t make sense. Yes is what I want.” Yes. Yes is the destination; no his how you get there. The problem with just having yes goals is this – take a copier salesperson; a class example, whose goal is to sell two copiers okay, for the week. He’s got to get two leases. He goes out on a Monday morning and makes the first call. The person says, “Yes.” He makes the second call and the person says, “Yes.” By noon on Monday he has two sales. What do you think is going to happen to the rest of that week? He’s going to golf, he’s going to lie by the pool, he’s going to do paperwork, and he’s going to clean the garage. He’s going to do a lot of things. He’s going to cut out early on Friday for a three-day weekend. He’s going to do a lot of things, but I’ll tell you what he isn’t going to do; he isn’t going to keep hearing “No,” and he isn’t going to get past two copiers. Because he had a yes goal of two and anytime we tend to hit our yes goal, we tend to slow down or stop. We start with the idea that the goal is to get to this number and when we get there we say, “Great, goal accomplished.” But, if you were setting no goals instead, specific goals for the number of times that people are going to say “No” to you; let’s take that same copier salesperson and let’s say he had a goal… Your emotional reaction to yes and no needs to be of equal intensity. In other words, most of us have this tendency that when we hear “No,” we get all upset and we get all deflated and it throws up for a loop. We go have a quart of Haagen-Dazs, climb in the corner, or whatever it is. Then we get a “Yes,” and what do we do? We’re happy and we celebrate and we high-five. We’re all jazzed. That emotional swing is a problem because if you have a negative reaction to “No” and positive reaction to “Yes,” then you’re going to be back with the old model aren’t you; trying to always go for yes and trying to avoid no? If you can get a positive reaction to “No” and not let it affect you so that every time you hear “No,” you go, “Okay, another no, another no, another no; the yeses are coming.” Alright then eventually the yeses happen, and instead of celebrating you go, “Great, got a yes, I’ve got to keep going for a no, going for a no, going for a no.” In other words, this emotional roller coaster – and if you think of it in these terms, what’s the shortest distance between two points? A straight line. What’s the shortest distance between you and success? A straight line. It is not on an emotional roller coaster, it is on an even keeled emotional reaction. You want to keep an even emotional reaction. The goal here ideally is to have all of your emotional reactions to yes and no to be in what we call a… Here’s some selling statistics that you have to be aware of, that you must know. Forty-four percent of people give up after hearing one no, 22% more give up after the second no, 14% more give up after the third no, and 12% more give up after the fourth no. That mean that 92% of all salespeople give up before getting a fifth no from customers and yet the research project this came from proved that 60% of all customers say “No,” four times before they finally say, “Yes.” So if most salespeople have quit before the fourth no, it means 92% of people have gone home. Do you want to get in the top 8% within your industry? Learn to start getting five or more no’s from your customers.