How to Create a Fair Advantage in an Unfair World

You negotiate constantly with almost everyone you meet, for time, for resources, for things you buy and sell. You negotiate with your spouse over which movie to see, and with your teenagers over car keys and curfews. You negotiate with lenders and suppliers, as well as with lawyers. And just because they’re nice people doesn’t mean they have your best interests at heart. In this content-loaded program, you’ll learn how to protect yourself, and gain a fair advantage in any negotiation. Most people have a particular negotiating style, and when you recognize how they operate, you’ll know how to counter their tactics, both obvious and subtle. Gain the edge in any negotiating situation when you’re armed with these powerful and practical weapons.

STEP INTO YOUR GREATNESS 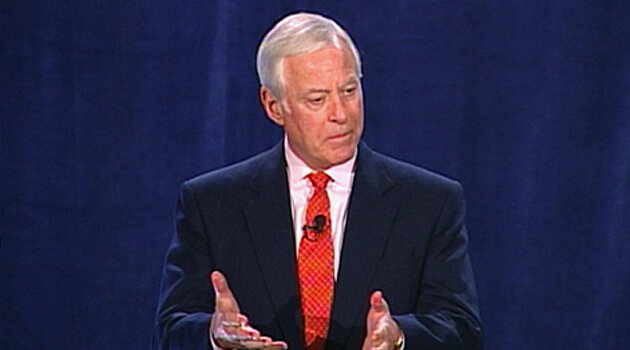 How to Manage Your Time & Organize Your Life
Brian Tracy
PREVIEW

And just because they’re nice people doesn’t mean that they have your best interest at heart. Even the people that you’re closest to they take advantage of you all the time.

One time my son came up to me and asked me; he says, “Dad will you loan me a dollar and only give me 50 cents that way I’ll owe you 50 cents and since you loaned me 50 cents then we’ll be even, okay Dad?” What! Huh? What do you do, you say, “Okay fine. Here’s a dollar take it.

Most people don’t. Most people don’t negotiate. Who here has had any formal training in negotiation, if I could just see your hands. One, two, three up in the cheap seats. Four, five out of – we have easily 200 people here today. So lots of reasons. First of all it’s not part of our culture.

Have you ever been on vacation in Mexico? They drive you nuts the vendors on the beach. You’re lying there with your sombrero and your sunscreen and your novel. And they come by – “Blankita, senora. Muchos colores.” Oh yeah, okay fine. That’s a nice blank, how much?” “Three hundred pesos, senor.” “Oh forget it. Get out of here man.” Two hours later the guy comes by and he’s got the same blankets. “How much?” “Two hundred fifty pesos.” By the end of the week in Massillon you can but that same blanket for 50 pesos. I’ll tell you, I’ll warn you because it will ruin your vacation. If you see someone on the plain carrying the same blanket never ask them what they paid. “Twenty-five pesos.” Damn. I paid too much.

Anyway most of the places you travel in the world negotiation is just part of their culture and something they do all the time. Here in the United States we just take oh price as marked $3.95, $14.95, $22.90 whatever, we just pay it. Consequently, we haven’t been taught how. Negotiation training is not required to graduate from high school and it really should be.

Robert Cialdini was a Professor or Psychology and he got caught up in a con game. Some guys took him for a couple of thousand dollars so he got sucked into this thing and eventually it all came to light. They caught the guys but he didn’t get his money back but it really upset him. He’s like, “You know I am a PhD psychologist. I am smarter than the average bear. I should’ve known better.” Which led him to the next question, how does that work? How does that happen that even not so ordinary, smart, intelligent, above-average people get persuaded to do things that any normal rational person wouldn’t never consider. What is the mechanism of that? Well this became a lifetime, a body of study for him and what he discovered was there are certain patterns of language that people respond to like magic letter words that just kind of switch off our advanced intelligent rational brain and we take these cognitive shortcuts and this is one of those words.

So don’t ask for things. If you just put in terms of, “I need a check for $2,082.16.” They’ll say okay and when you’re at the closing table or whatever. But just changing the language just a little bit makes a simple request that’s easy to say no to into a very, very strong rational.

Another one of those strong words is the word “because.” Cialdini did a series of experiments…

Now if there was any one hard and fast rule that I would impose in any negotiation it would be this. Always, always require reciprocal concessions and never concede anything; anything no matter how big or small without asking for some reciprocal concession, without asking for anything, anything in return and that something could be anything. It could be a commitment to sign the deal right now. It could be a commitment to a longer term contract. It could be a cash deposit on the spot. It could be a referral. It could be a recommendation letter. It could be that they participate in your next Beta test. I don’t know. I don’t care whatever, but it’s absolutely essential that you ask for something in exchange. Now if you don’t have something off the top of your head that you want to ask for then reserve the right to withdraw the concession later. All right, well okay, we’ll give you that but we want to reserve the right to change our mind on that. Did you realize you could do that? You could agree but on the condition that later you might withdraw that agreement? It’s perfectly legitimate.