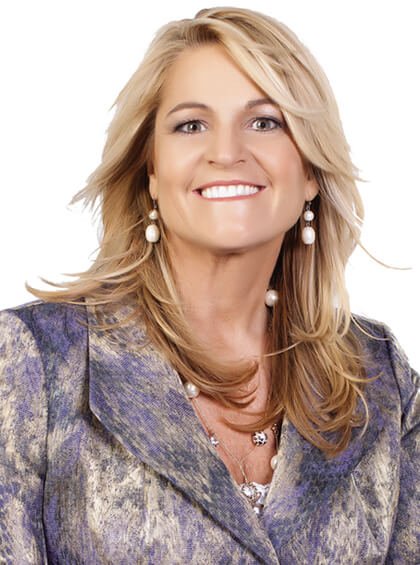 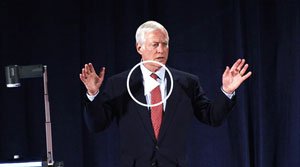 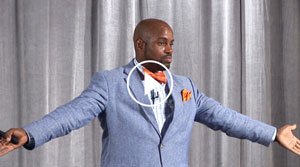 My father also was a visionary as well. He started a small business with his uncle, my Great Uncle John, and it was 10 people. Actually, it was an association that was floundering, so my great uncle purchased the company, incorporated it. What they did was they delivered flowers from the growers to the market. Based on their customers’ feedback, they found out that they could deliver more flowers if the shelf life of those flowers were longer on the shelf as opposed to in transit. So they found a way to have this big vision and to work very hard and to make that vision become a reality. So they purchased and invested in their company, and they purchased airplanes as opposed to just trucks. They moved this operation to Seattle, where I grew up, and the company was called Airborne Freight Corporation. So do you all remember Airborne Express? That was my dad’s idea. So they grew that company from 10 people to such a big corporation that eventually our family got out of it, and then a few years back they were sold to DHL for $1.5 billion. So whenever I hear somebody say they cannot reach their dreams or their vision or their goals because they don’t have enough resources, they don’t have enough support, they don’t have the right territory, they don’t have the right whatever, I just want to say, shut up—I mean, that’s my inside voice—just because there are people out there who have started with less and grew to be such huge successes. So I want you to first and foremost have a vision. If you are in a position of leadership, make sure you communicate and articulate what that vision is to the people who need to support you in that vision. Make sure everybody is clear about what that vision is, and I hope you don’t have a… *** Because if 99 things go right in our day and one thing goes wrong, what do most people talk about over dinner? Usually, the one thing that went wrong. Isn’t that sad? In order to make it worthy of dinner conversation, what do most people do? They elaborate. They make it even worse. Let’s say they hit their snooze three times, so now they’re running late for work. They don’t have time for breakfast at home, so they go to 7-Eleven and buy a Big Gulp or Diet Coke; but they don’t put the lid on all the way, so they’re leaving the 7-Eleven parking lot, boom, right in their lap. They are having a bad day. So then what do they do? They go to work, and they announce it to everybody. “I am having a bad day.” Then in order to make it worthy for all this attention, they elaborate. “It was a huge Diet Coke.” Now, the problem with saying you’re having a bad day, no matter how much evidence is produced throughout the rest of the day