Life Lessons from the Man Behind the Motivation

Les Brown has released a number of motivational videos over the years, and this is certainly one of the best. Many people refer to Les Brown as one of the greatest motivational speakers in the world. He has been a motivational business speaker for more than 30 years across a broad range of industries. This particular Les Brown motivational video covers more about his life than any other. He uses his own life experience as an example, to teach powerful principles and philosophies for overcoming life’s greatest challenges, and going to your next level. You’ll hear his best stories ever, including the famous “You’ve Got to Be Hungry” story about how he made it as a disc jockey. You’ll discover the gift of forgiveness, how to have more energy, positive thinking strategies, the power of persistence, expanding your dreams, and more. Les Brown also talks about winning the battle against prostate cancer, and the mindset necessary to overcome any illness. If you are looking for a great motivational business speaker on video, this program promises to deliver.

About the Trainer – Les Brown His speeches come straight from the heart. His words inspire and motivate. His life is a testament to the power of positing thinking and the potential for personal growth. As a renowned professional speaker, author and television personality, Les Brown has risen to national prominence by delivering a high-energy message that inspires listeners to shake off mediocrity and live up to their greatness. It is a message Les Brown has learned from his own life and... Read More 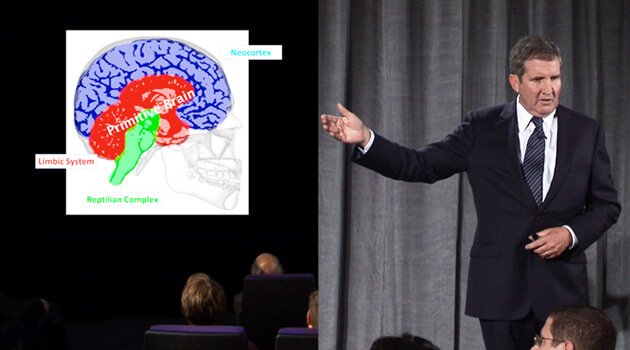 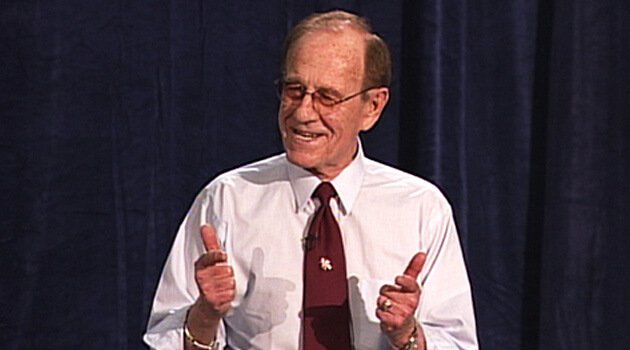 HOW TO MAKE EVERY DAY A TERRIFIC DAY

So you’ve got to look at your dreams and goals and if you’ve been running into a wall it doesn’t mean that you can’t get through, it means that you need to find someone who’s on the other side or find someone who knows someone who’s on the other side.  I wanted to be on the Robert Schuller Program.  When I saw Dr. Norman Vincent Peale, when he was alive and he was interviewed, I said I’m going to be on the Robert Schuller Program.  I called them.  “Hi, my name is Les Brown.  I’d like to be interviewed by Dr. Schuller.”  “Do you have a book?”  “No, I don’t.”  “Well, have you done anything of any national significance?”  “No, I haven’t.”  “Are you know well?”  “No, but if you bring me on, I’m a good guest and I will become known then.  That’s the idea.”  “I’m sorry, we’re not in the business of making people celebrities.  When you write a book or do something of some national consequence, let us know.  It’s no guarantee, but let us know.”  I said, “Okay.” Remember, I said, you’ve got to have passion and drive and you’ve got to have persistence and perseverance and people and projects.  What do you mean projects?  Well, that was the big deal to be on Robert Schuller’s Program.  How do we discover our greatness?  By upgrading our relationships and by having goals that’s beyond our comfort zone.  Why?  Because it causes you to reinvent yourself.  Brian Tracy calls it “The Danger Zone.  You want to do something you’ve never done, so being on his program was a big deal for me. I kept telling people with conviction.  I’m going to be on the Robert Schuller Show.  “When?”  “I’m not exactly sure.  Do you know Robert Schuller?”  “No I don’t.”  “Do you know anyone who knows Robert Schuller?”  “No, I don’t.”  I was persistent and I continued to persevere.  Here’s something.  Write this down, next “P.”  Powered by you.  If you’ve got an idea?  Do you have a dream?  Ladies and gentleman, you’ve got to take responsibility to make it happen.  Your dream, your life going to the next level will be powered by you.  Don’t put your destiny in anybody’s hands.  Nobody is going to care more about your dream than you, nobody.  Nobody’s going to work on yourself more than you. So, I continued to tell people.  One weekend, a Saturday evening, I was flying from Detroit to Chicago.  Maybe about five passengers on board.  I’m sitting next to a guy, I introduce myself to him, named Lafayette Jones.  “Hi, my name is Les Brown.”  “Hi, I’m Lafayette Jones.”  “Guess what man?”  “What.”  “I’m going to be on the Robert Schuller Program.”  “Is that right?  When?”  “I’m not exactly sure.  Do you know anybody who knows Robert Schuller?”  He said, “Yes.”  I said, “Who?”  “Well, Mr. Johnson that I work for.”  “You’re kidding.  How does he know him?”  “He donated a million dollars to his ministry.”  “You are kidding.  I would like to meet him.”  “What do you do?”  “I’m a speaker.”  “You’ve got to be kidding.”  “Why?”  “Because man, our speaker cancelled.  Can you speak at our program?”  “Yes.  Will Mr. Johnson be there?”  “Yes-whoa.”  “How much do you charge?”  Well, at that time I did not know.  I said, “Well how much have you allocated?”  “Well, all we have is $5,000.”  Well, first time, “That’ll do.”  Whoa. I came, I spoke, got a standing ovation.  Mr. Johnson was seated to my right.  He stood up and he said, “Young man, I’ve never heard of you.  You were phenomenal.”  He said, “If I can ever do anything for you, please let me know.”  I said, “Do you know Robert Schuller?”  He said, “Yes, Bob is a very good friend of mine.  I donated a million dollars to his ministry.”  I said, “I want to be on his program.”  He said, “Don’t worry about it, I’ll have him call you.”  Two weeks later I’m in the Riverfront Apartment over here in Downtown Detroit.  I get a call at night.  “Hello, this is Robert Schuller.  May I speak to Les Brown, please.”  I said, “This is a joke, come on.”  “No, this is Robert Schuller.  I’d like to speak to Les Brown.  Is this Les Brown?”  I said, “Yes, but hold on a minute, I’ve got to go to the bathroom.”  When I get excited I gotta go, I gotta go.  I came back and I said, “Just a minute.”  I said, “Hello, how are you?”  He said, “Great.  My friend Bob Johnson called and he said you want to be on the program.”  I said, “Yes sir.”  He said, “No problem.  I’ll have my staff call you and we’ll bring you on.”  I was on three different times.  I know it works.  You better keep those five P’s.  Your life is powered by you.  Give your dream a round of applause.  It’s going to happen.  It’s going to happen.  It’s going to happen.